Known as hull number 774, Brittany Ferries and SOMANOR annulled the EUR 200 million contract with FSG in June. With the 1,680-passenger and 2,400-lanemetre capacity vessel now in the hands of Siem, the Norwegian shipowner has entered into an agreement with Fosen Yard to complete the unfinished ro-pax.

The ro-pax left Flensburg under tow yesterday, 25 October, and is expected to arrive in Trondheim during the weekend of 31 October-1 November.

In a press statement, Anders Straumsheim, Fosen Yard's CEO, emphasised the importance of this project for the yard industry in Norway and stated that this work was well-suited to the yard's capabilities. Kenneth Ross, Siem Group's Head of Shipping, said that the working relationship with Fosen was constructive and off to a good start.

It still remains to be seen who will be the ultimate buyer or charterer of the vessel which was purpose-designed for Brittany Ferries' Ouistreham (Caen)-Portsmouth route as a replacement for the 1992-built NORMANDIE. 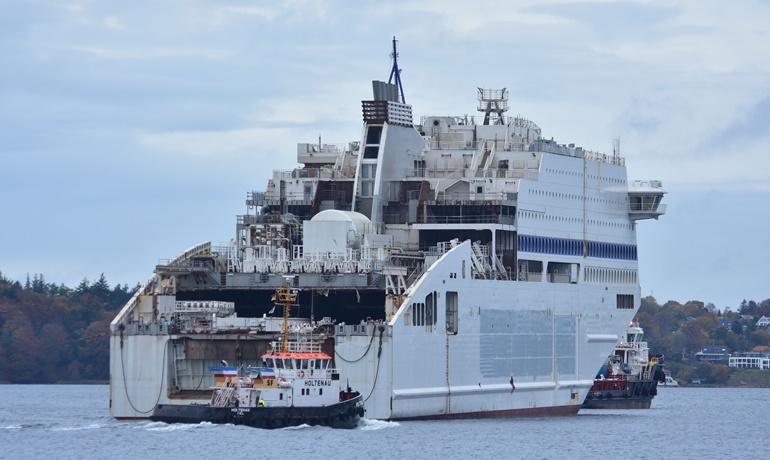 HONFLEUR on its way to Trondheim. © Frank Behling 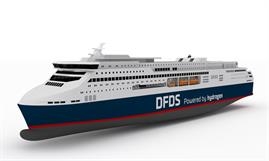 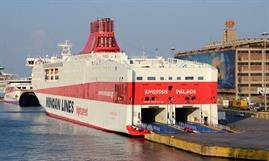 FerryLater than first expected, Minoan Lines and parent Grimaldi Lines are finalising their tonnage swap, primarily aimed at increasing the freight capacity on the Pir... 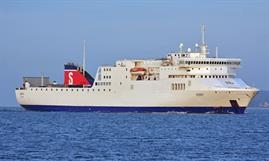 FerryFollowing the termination of her one-year charter to Brittany Ferries earlier this month, Stena RoRo’s KERRY has been time-chartered by DFDS to supplement the Apu... 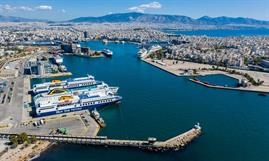 FerryThe Greek coastal shipping market is facing a double threat, as 42% of the ferry fleet will have to be replaced in the next decade, while enterprises are sufferin...