Green hydrogen is a potent energy carrier which provides a renewable alternative to fossil fuel use in e.g. archipelagic ferry traffic. Green hydrogen is produced, through sector coupling with power sector, in an electrolysis process which splits water into the elements of hydrogen and oxygen, using renewable electricity. Coupling of energy sectors, such as power, heating, transport and industry, enables a 100 % renewable society – the production of green hydrogen is identified as a major contributor of flexibility to the energy system.

Due to the excellent conditions for wind power production in Åland, green hydrogen is expected to reach production costs competitive with fossil fuels. Currently, hydrogen ferries are under construction in three demonstration projects located in Stavanger Norway, Orkney, Scotland and San Francisco, USA. However, the Power2AX concept is unique as the project scope also covers the green hydrogen production with wind power providing, therefore, a full sector coupling approach.

The autonomous region of the Åland Islands has more than 6.700 islands and islets of which 90 islands are inhabited year-round. The population of 30.000 has a government with a sustainable development agenda set to be implemented by 2030, which has won European Commission prizes for its ambition. However, Åland is starting at the bottom of a steep slope, combating its CO2 emissions.

According to a report formulated by Statistics and Research on Åland (ÅSUB) in 2015, maritime transport accounted for about 70 % of Åland’s emissions. Emissions amounted to 753 thousand tonnes of carbon dioxide equivalents in 2015, giving Åland a per capita emission of 26 tonnes.

Earliest entry into operation could be possible in 2024

The Power2AX project was initiated by Flexens with early conceptual assessments, which are followed by the feasibility study in 2020. As the study is due to finish soon, Flexens and the Government of Åland have started planning the next project phase, for which a support application to EU Innovation Fund has been submitted to advance the project towards investments. Due to the broad project scope involving several new technologies, the project realisation could be expected at the earliest in the beginning of year 2024.

The feasibility study is led by a specialist team at Flexens, with assistance from the traffic department of the Government of Åland.

The archipelago ferries on Åland emit large share of the local carbon dioxide emissions. At the same time, marine transportation is one of the most challenging sectors in developing 100 % renewable energy systems. The Power2AX project is a magnificent opportunity to advance deployment of zero-carbon technologies in the marine industry.

Aleksi Haverinen, Project Manager of the Power2AX project at Flexens

New solutions will be needed to make the archipelago traffic fossil-free and green hydrogen is one of the most promising alternatives for ferries with a travel time of more than 30 minutes. Right now, hydrogen is a hot topic in the EU as a hydrogen strategy was published along heavy investment programs in 2020. The support to deploy hydrogen technologies is expected to increase feasibility also of the Power2AX project.

Christian Wikström, Minister of Infrastructure in the Government of Åland.

Winners of the Shippax Award 2021 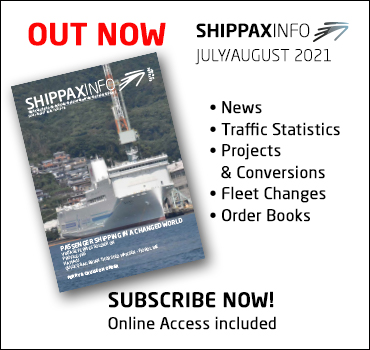 Regular scheduled services to the Port of Skellef...