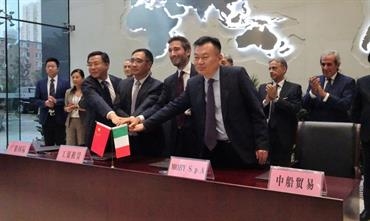 With the double order official, more details of the two newbuilds have emerged. The 2,500-passenger ships are a further evolution of the successful MOBY WONDER series, but with a gross tonnage of 69,500 they will be considerably larger as economy of scale is at the heart of the design. Notwithstanding the huge capacity increase, fuel consumption will be 30% lower than that of the earlier generation. To be introduced on Moby's Livorno-Olbia (Sardinia) artery – a route that has a throughput of over one million passengers and one million freight lanemetres per year – the two as yet unnamed sister ships will replace four ships: the ro-pax ferries MOBY AKI and MOBY FREEDOM and the dedicated freighters GIUSEPPE SA and PIETRO MANUNTA.

Since first announced in February last year, the ship's design has been further optimised with tank tests held at Marin in Wageningen, the Netherlands having resulted in an increase of the ship's length to 237m. The ro-pax ferries currently serving Livorno-Olbia make an extra roundtrip to Piombino, something the new ships will not do as Moby has decided to reduce the service speed to about 20 knots, with each ship making a daily Livorno-Olbia return trip. The Olbia-Piombino route will not be closed though as Moby considers to redeploy vessels to continue the service.

Over 3,800 freight lanemetres are spread over four decks: Deck 1, 3, 5 and 7. The latter deck will have hoistable car decks on either side of the central casing with the forward end holding passenger cabins on both Deck 7 and 8. The ships have been designed to turnround up to 7,600 lanemetres in two hours with fixed internal ramps guaranteeing fast cargo operations via the stern only. The outer stern ramps lead directly to Deck 5, the central stern ramp giving access to Deck 3, the main deck. The starboard ramp will have two lanes, becoming one lane for the ramp that leads to Deck 7. In typical Mediterranean fashion, foot passengers will board the ship via the stern with escalators connecting Deck 3 with the upper decks.

The ship's public spaces will be concentrated on Deck 9, the lay-out of which will be such that parts can be closed during the off-season. In what is believed to be an industry first, the main galley will have a glass wall to the portside à la carte restaurant, making it possible for passengers to see the preparation of their dishes. The dining experience will be further improved thanks to front cooking in the forward self-service restaurant. At the aft end of Deck 9, there is a large reclining seat lounge. Deck 10 will be a dedicated cabin deck and there will be a total of 550 cabins for the passengers and crew.

The ships represent an A-to-Z-project for OSK ShipTech, the ship's naval architects also in charge of the interior design through its subsidiary Steen Friis Design which has been working together with Onorato Armatori's in-house interior architect.

The pair will be equipped with hybrid scrubbers, but will also be built as LNG-ready whereby the tanktop deck would be sacrificed to hold the LNG tanks.

The ships will be financed by the Industrial and Commercial Bank of China (ICBC) and Fratelli Onorato, a company jointly owned by the brothers Achille and Alessandro Onorato. Onorato holds an option for one-plus-one ship and according to Achille Onorato it is very likely that at least one and possibly both options will be exercised in a not too distant future.

Steel cutting of the first ship should be in one year from now with a building time of 24 months. The second ship as well as the third and fourth ship (in case the options are exercised) should come with six-month intervals. 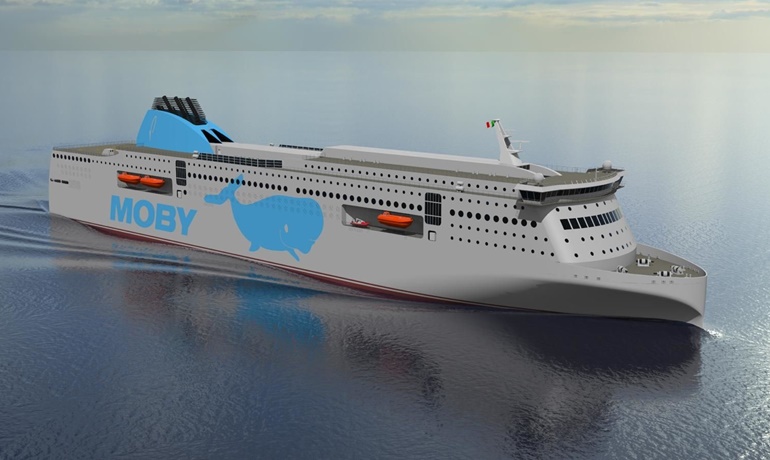 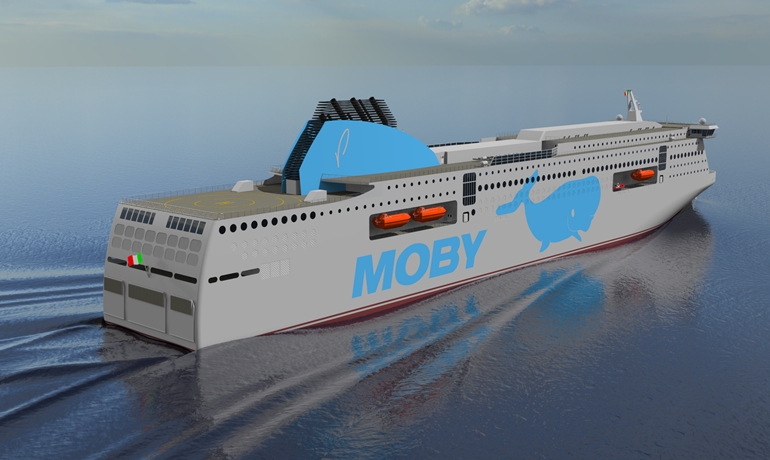 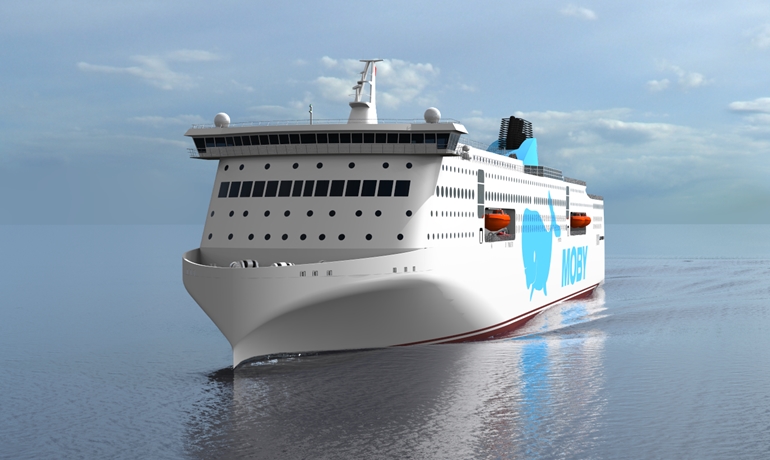 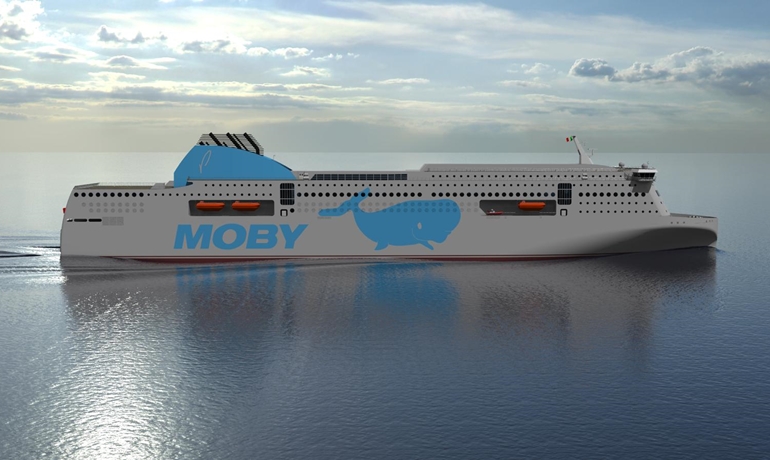 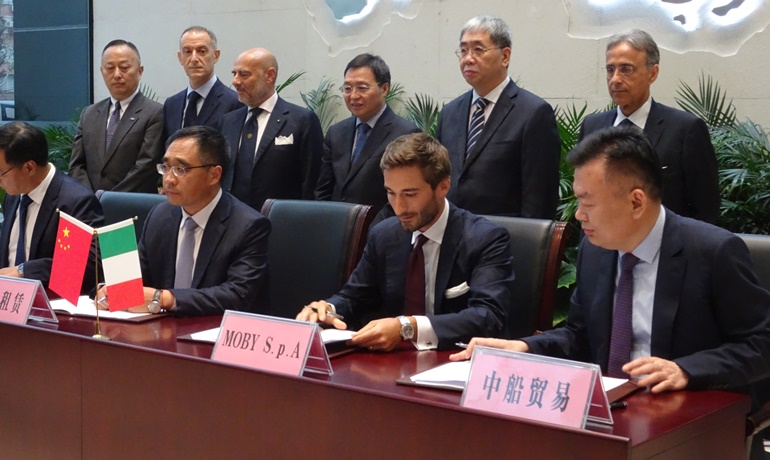 Achille Onorato puts his signature on the contract © Philippe Holthof 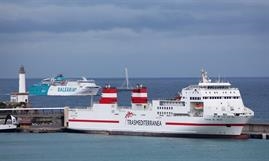 FerryTrasmediterránea has announced that with immediate effect, it is resuming passenger sailings between Valencia and the island of Ibiza, to be served by the ro-pax ... 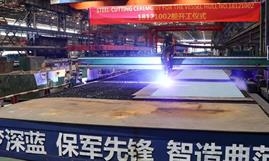 FerryOn 1 June, Guangzhou Shipyard International (GSI) cut the first steel for Moby’s first of two next-generation ro-pax ferries, the contract of which was signed in ... 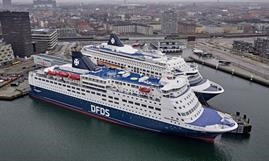 FerryDFDS will re-start its Copenhagen-Oslo service with the first sailing from Copenhagen to be operated by CROWN SEAWAYS on 25 June. PEARL SEAWAYS will sail from Cop... 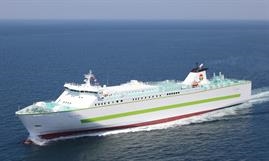 FerryOcean Trans Co. has announced that it would resume passenger services on 1 July 2020. 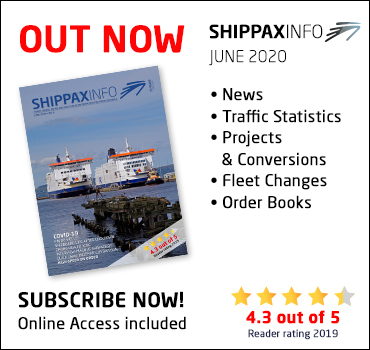