"We have signed a five-year bareboat charter agreement with an option to extend the charter or purchase the ship," Christophe Mathieu, Brittany Ferries' CEO, told Shippax.

In Stena's typical 'can-do philosophy', the 927-passenger ship will be tailored to Brittany Ferries' needs and will get extra cabins, although the 3,100-lanemetre intake will be retained.

"Stena was willing to make modifications to the accommodation and adapt the ship to our requirements," Mr Mathieu added. "The ship will get a typical Brittany Ferries touch but it is unknown who will be in charge of the interior design."

Although built as gas-ready, Brittany Ferries decided to install scrubbers on the newbuilding. The 212m by 27.8m ro-pax will replace the DFDS-owned BAIE DE SEINE, the charter of which expires in April 2019 with no option to have it prolonged.

Yard delivery of the Stena ro-pax is expected in early fall 2020, i.e. about 1.5 year after the BAIE DE SEINE will have been handed back to DFDS. As a stopgap solution, Brittany Ferries might replace BAIE DE SEINE by NORMANDIE or ETRETAT. The latter ship is already on charter from Stena RoRo whereas NORMANDIE will be replaced on the Ouistreham (Caen)-Portsmouth route by the new HONFLEUR, due to be delivered from Flensburger Schiffbau-Gesellschaft in June 2019.

Stena ordered four E-Flexer-Class ro-paxes in April 2016 with an option for another four vessels. All four ships were initially earmarked to operate from the Belfast hub but Stena has meanwhile reviewed its plans and will take over the chartered Belfast-Cairnryan ferries STENA SUPERFAST VII and VIII from the AS Tallink Grupp in December.

This week construction has officially started with the steel cutting for the first E-Flexer which should be delivered in 2019. 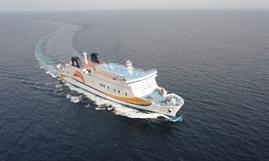 FerryThe 2020-built 143m long SUNRISE JEJU is about to start a new service to/from Ulleung-do Island in Eastern Korea, likely from the Pohang mainland base port. The s... 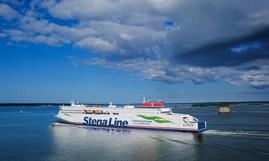 FerryThe Karlskrona-Gdynia route receives a boost in capacity and efficiency when the two largest E-Flexer’s are being deployed in 2022, starting with STENA ESTELLE on... 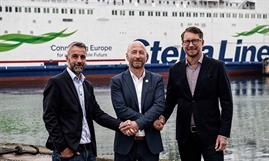 FerrySince 1 February 2020, Stena Line's ferry has sailed between the cities of Grenaa and Halmstad. With the new agreement, ferry services between the two regions are... 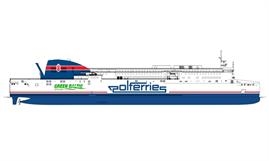 FerryEarlier this year in January, Polferries received PLN 140 million (support from the State Treasury) for the acquisition of a new fleet addition for operation on t...