Handover to the new owners is imminent and although there were conversion plans made by Stena, a major conversion now appears unlikely. As built, the 13,353grt (Japanese tonnage measurement) had a capacity of 2,350 freight lanemetres on two freight decks, 48 cars on a separate car deck and 667 passengers. Twin Wärtsilä 16V-38B engines with an output of 10,076kW each give the 6,445dwt ro-pax a 23.5-knot service speed.

In other news, Stena RoRo has denied that the ro-pax cruise ferry SAGA – the former STENA SAGA – has been purchased by or chartered out to Bridgemans Services Group. 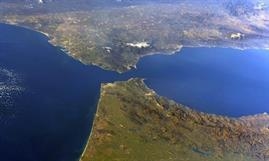 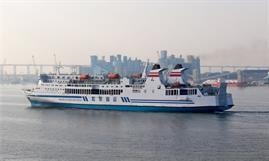 FerryCyprus’ Ministry of Shipping has decided on the operator of the revived Cyprus to Greece ro-pax service, which will start in June. Newly established Nicosia-based... 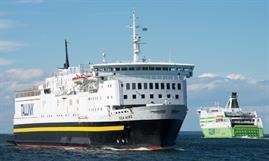 FerryTallinn Swedish Line Ltd, a wholly-owned subsidiary of AS Tallink Grupp, has concluded an agreement with Rudniki Shipping Ltd for the sale of the 1972-built and 1... 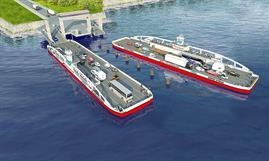