Mr Torgersen has added his deep knowledge of shipping and given his firm commitment into Finnlines chairmanship, while he has been chairing Finnlines’ Board for more than fifteen years.

Mr Grimaldi, as a President and CEO since 2013, has transformed Finnlines to a successful and efficient maritime operator. Finnlines is now Finland’s leading shipping company and has a pivotal role in Finland’s exports and imports not to mention Finland’s emergency security of supply.

The Board thanks Mr Torgersen and congratulates Mr Grimaldi and Mr Pacella for their nomination as Chairman and Vice Chairman of the Board. The Board also recognises that Finnlines having a strong parent company, the Grimaldi Group, has contributed greatly to Finnlines’ performance and turnaround over the past decade.

The members of Finnlines’ Board of Directors are Emanuele Grimaldi, Diego Pacella, Tiina Bäckman, Gianluca Grimaldi, Guido Grimaldi, Mikael Mäkinen, Esben Poulsson, Jon-Aksel Torgersen and Tapani Voionmaa for the term until the close of the Annual General Meeting in 2023. 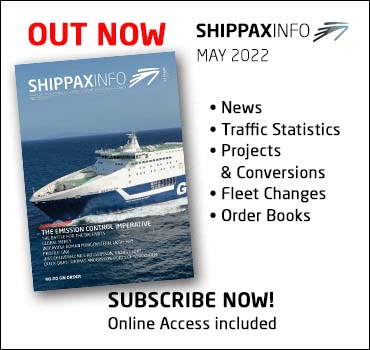