14 March:
• The New Zealand government has announced a ban on all cruise ships entering NZ waters until "at least" 30 June; NOORDAM idle at Tauranga for five days without passengers pending deployment decision.
• Spirit of Tasmania ro-paxes will continue operating between Melbourne and Devonport until and unless advised otherwise by health authorities.
• The master of MSC MAGNIFICA banned disembarkation of passengers and crew in Hobart in case they became infected (notwithstanding that Tasmania had only five confirmed COVID-19 cases at the time). It was reported that a number of people 'jumped ship' rather than be "trapped" on board the world cruise.
• Carnival Cruise Line suspends all ANZ cruises by CARNIVAL SPIRIT and CARNIVAL SPLENDOR, effective their arrival back in Sydney from current voyages.
• Cunard announces QUEEN MARY 2, at Fremantle, will embark no further passengers on its RTW cruise (with substantially modified itinerary).

15 March:
• The Tasmanian government has banned all cruise ships from state ports for the rest of the season.
• The Australian government has banned all cruise ships entering from any overseas port for 30 days, excluding ships on current cruises that originated in local ports.
• P&O Cruises Australia and Royal Caribbean International announce the suspension of all Australian and NZ cruises from today, for one month.
• GOLDEN PRINCESS quarantined at anchor at Akaroa (Dunedin), NZ after suspected cases on board but ship later cleared, itinerary abandoned and returning to Melbourne.
• Hundreds of passengers desert CELEBRITY SOLSTICE in Dunedin and fly home to beat 14-day self-isolation regulations (though no infections reported on board).

16 March:
• LE LAPEROUSE cruise terminated early in Wellington although start/end was scheduled in NZ.
• Rest of QM2 RTW cruise abandoned but those who cannot fly will stay on board.
• International travellers and Tasmanians returning from overseas will be subject to mandatory health declarations/screening at TT-Line's Spirit of Tasmania terminal in Devonport. 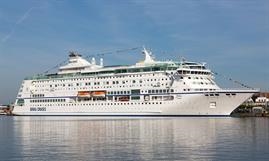 Birka Cruises to close down business

CruiseIn a one-line press release, Rederi Ab Eckerö has today, 3 July 2020, announced that it closes down the business of its subsidiary Birka Cruises Ab. Empowerment ... 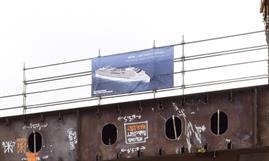 CruiseThe Chantiers de l’Atlantique shipyard in Saint-Nazaire, France, has laid the keel of what will become the 205,700gt MSC WORLD EUROPA when delivered in May 2022.... 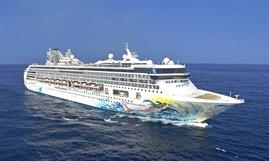 CruiseDream Cruises will resume opeartions as of 26 July with its 1999-built EXPLORER DREAM. Two- and three-night ‘Taiwan Island Hopping’ itineraries will be on offer. 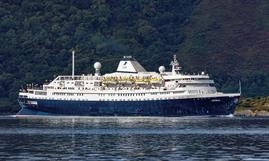 CruiseFive cruise ships out of six operated by UK cruise line Cruise & Maritime Voyages (CMV) were detained in two British ports on 19 and 20 June, being prevented...

Costa extends pause for its cruises until August ...

Condor Ferries to resume sailings to the Channel ...

AIDA Cruises extends pause of its operation until...