With implemented IMO Tier III regulations and the associated shift to a wider range of fuel oils including – from 2020 – ultra-low-sulphur fuel oils, maintenance professionals increasingly face greater challenges concerning fuel injection during engine operation. This includes the risk of lacquering of the fuel-pump plunger and resultant sticking and malfunction, which the Mk3 pump efficiently and reliably reduces. The new pump is significantly more environmentally friendly and cost-effective than previously.

“MAN 32/40CD fuel pumps can be upgraded through a simple change of existing pump element units, regulators and drives, and parts that you change during a standard maintenance said Stefan Eefting, Senior Vice President at MAN PrimeServ. “We think this a very economical solution and believe that the exchange of the Mk3 injection pumps is an easy and efficient one that allows the re-use of the original Mk1 pump housings – it is the next-level evolution.”

MAN PrimeServ states furthermore that customers investing in the new Mk3 pump will likely see a return on investment within two years.

Torsten Dehn, responsible Product Manager at MAN Energy Solutions, said: “Having identified potential problems associated with the imminent, increased diversity of fuel types, MAN has redesigned the MAN 32/40CD injection pump and established a new, state-of-the-art standard. We are setting a new benchmark in reliability, which is absolutely unique in the market, and the popularity of the 32/40 engine means that there is huge potential for this innovation.” MAN will manufacture the pump completely in Germany with MAN PrimeServ responsible for its distribution.

During the new pump’s developmental phase, MAN PrimeServ set its focus on new technological innovations to replace the conventional injection system. Especially, the implementation of a sealing ring inside the pump barrel significantly reduced lacquering and all associated side-effects. Similarly, the new design now avoids the mixing between fuel and lube oil, which enables their re-use and minimises the need for their disposal, as confirmed by extensive PrimeServ field tests. 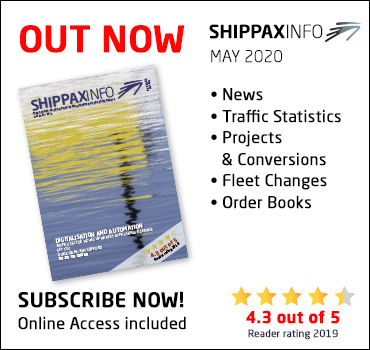 Finnlines is an integral part of Finland’s securi...

Estonians, Finns and Swedes keen to holiday in ne...