The new ferry contract between the Norwegian Road Authority and Fjord1 covers both national road 827 between Drag and Kjøpsvik and E6 between Bognes and Skarberget. Here, there are more frequent departures every day and increased capacity in the summer.

According to the contract, all the ordinary ferries across the Tysfjord must be operated with electricity. Now starts the test period between Drag and Kjøpsvik, which hosts the country's - and the world's - longest electric ferry connection.

-  Norway is completely at the forefront when it comes to the green shift in maritime transport. It is particularly pleasing that we are now getting green ferries in the north as well, on a connection that only a few years ago was considered too long, expensive and complicated for zero-emission solutions, says divisional director Bjørn Laksforsmo at the Norwegian Road Authority.

Fjord1 put in three vessels, which have been rebuilt to be suitable for electric ferry operation. LOTE and GLUTRA are already in place on the E6 between Bognes and Skarberget. However, the ferry quays are not adapted to electric operation yet, due to delays in the delivery of a new power line to Bognes. The ferry quays must be fully rebuilt and ready for electric operation by the autumn.

Thus, FANNEFJORD will be the first to launch electric operation across the Tysfjord when the vessel is completed in the new year. With a crossing of 14.8 kilometres, this is the world's longest electric ferry connection.

In the meantime, the reserve ferry SULAFJORD will take the traffic between Drag and Kjøpsvik.

-  It is very impressive to see how technology has developed in recent years. It has not been many years since we started operating a stretch of 4.8 km on electricity only, while we will now operate the world's longest electrical connection! The development has been fantastic, says regional manager of Fjord1, Jan Petter Thomsen.

-  We have come a long way during these years, while regularity, operational reliability and comfort on the electric ferries have been high compared to traditional combustion technology, says divisional director Bjørn Laksforsmo.

Incidentally, it was Fjord1's ferry GLUTRA that started the energy revolution with liquefied gas (LNG) in 2000, and which, in a newly built version, makes it possible to travel with zero emissions from Svinesund to Kirkenes.

From today, the route offer on the E6 will be expanded, and there will be three ferries in year-round operation, compared to the previous two. This means that there will be more departures during the day, when the traffic is greatest. In the summer, there are additional departures.

Even if there should still be queues at times, the traffic will flow more easily and the offer for road users will be better. At the same time that the ferry quays along the Tysfjord have been rebuilt to be suitable for electric operation, the staging area has been improved and toilets and other facilities for the public have been built. The new facilities will be commissioned in the new year.

On board, the service will also be better, with requirements for universal design and adaptation for modular vehicle trains. There will also be Autopass regulation with automatic length measurement. 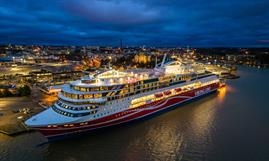 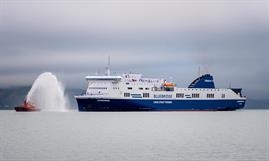 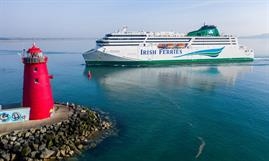 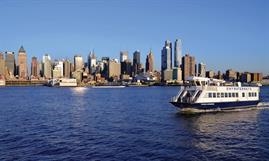