VISBORG – the largest LNG-powered ferry in domestic service – represents a further evolution of Rederi AB Gotland's earlier generation of vessels built at the same yard. Yet, due to new regulations, including SRtP, VISBORG was a far more complex ship to build. Its LNG propulsion is a first for a ro-pax built in China. The ship reached a 31-knot speed during trials, earning the top speed ranking for LNG-powered conventional ro-pax ferries.

TYCHO BRAHE and AURORA AF HELSINGBORG, built in 1991 and 1992, respectively, were converted to full-electric propulsion for the 20-minute shuttle service between Helsingborg and Helsingør – the world's first international route served by full-electric ferries. The ferries' batteries, with a 4160kWh capacity, are charged every time when they are alongside in port via a laser-controlled robot arm. As the ships had more than enough stability, the batteries, together with the transformers, converters, and water-cooling systems, were stowed in four containers on the top deck. Thanks to the green shore power used for charging the batteries, ForSea's total emissions footprint is reduced by 65%.

Built specifically for the 2.4km crossing over the Nordfjord between Anda and Lote, GLOPPEFJORD is the real forerunner of Norway's new generation of electric ferries. The ship represents the first truly emissions-free ferry service in the world, as the electricity used to charge the batteries comes from locally sourced hydroelectric power. Although GLOPPEFJORD has enough capacity to make several crossings without recharging, pantograph-type automatic charging stations have been built in both ferry terminals. The double-ended ferry follows Multi Maritime's 'MM 103 FE EL' design, which is characterized by a low block coefficient hull form for maximum economy, employing two Azipull thrusters. In addition to its all-electric, emissions-free propulsion, GLOPPEFJORD is the first ferry to use Rolls-Royce's Autocrossing control software.

W.B. YEATS is the first European ro-pax newbuild to be equipped with scrubber technology. Two multi-inlet hybrid scrubbers are incorporated within the funnel casing. Flexibility is key, as the ship has been designed to serve both long-distance and shorter distance routes. The separation of cars and commercial vehicles improves safety on the vehicle decks and allows an optimised 2,800-lanemetre cargo intake. The separate 295-car deck is located directly beneath the accommodation decks, guaranteeing easy access. There is also direct passenger access from the upper car deck to the attractive 'Innisfree' Club Class Lounge. Thanks to its prime forward-looking location, the 'Maud Gonne' Bar & Lounge, featuring an open fireplace, is one of the outstanding public areas on board.

The first conversion of a large ro-pax ferry from diesel to LNG propulsion, involving the replacement of four main engines with new dual fuel engines, the installation of a large type 'A' LNG tank beneath the main deck and an innovative LNG bunkering system. At the same time the complete accommodation was updated and renovated.

Quite uniquely, the 30-metre lengthening of the ro-pax ferry PETER PAN focused on increasing the ship's freight intake with few changes made to the accommodation areas. The ship was cut in two abaft of the accommodation block. The cut followed a complex 'Z' pattern. This allowed the creation of a fourth open freight deck aft, which further increased the capacity by 434 lanemetres. The overall freight capacity was increased by 38 per cent, from 2,613 to 3,617 lanemetres. The ship's existing bulbous bow, which originally had been designed for higher speeds, was replaced by a new optimized bow, reducing the emissions per transported truck considerably.

The biggest in the trade by far, TASMANIAN ACHIEVER II and sister ship VICTORIAN RELIANCE II are equipped with 360 reefer plugs, the largest reefer capacity of any short-sea ro-ro ship. New ro-ro deck water fog firefighting solutions have been adopted using nozzles positioned to reflect the real cargo stowage pattern rather than the minimum nozzle spacing. Additionally, supplementary nozzles are located at a low level along the deck sides to reach vulnerable areas underneath the trailers. Each vessel employs a pair of two-stroke main engines, avoiding the need for large casings on the main deck, giving obstruction-free access to the ro-ro decks via wide ramps. Permanent magnet shaft generators provide economic power over a wide range of engine rpm. For enhanced crew safety, the hybrid in-line scrubbers use magnesium oxide rather than caustic soda.

With an array of new design features, both inside and outside, CELEBRITY EDGE, the most anticipated cruise ship delivered in 2018, has lived up to its billing. The ship's new bow design has an unusual appearance for a cruise liner but combined with the stern form, delivers a 20 per cent more fuel-efficient package compared with Celebrity's previous ships. The unique 'Magic Carpet' elevating platform on the starboard side, serving decks 2 to 14, fulfils many roles and is unlike anything seen previous in cruising. The staterooms with their infinite verandas and the wide range of interior spaces make the ship stand out from the crowd.

With the inauguration of AIDAnova, LNG has finally arrived in the cruise industry as a new fuel not only for the generation of electric power in port, but also as a full alternative to conventional fuels for both in port and at sea operations. Moreover, AIDAnova takes the AIDA product to a new level both in terms of capacity and innovative onboard experiences. AIDAnova also offers 'Studio X', a fully-equipped TV studio producing TV shows on a daily basis. Passengers are actively involved in the TV programme and can watch the shows in different formats. 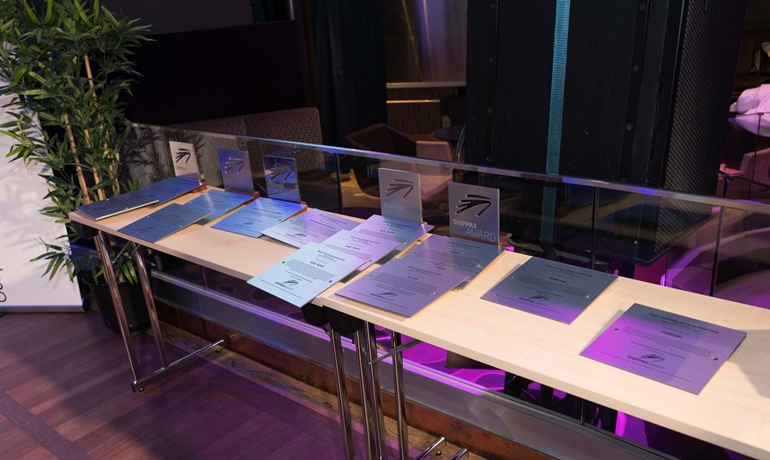 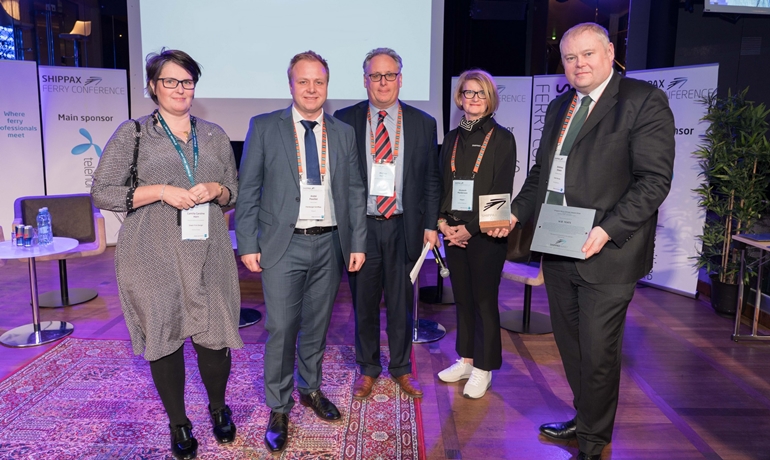 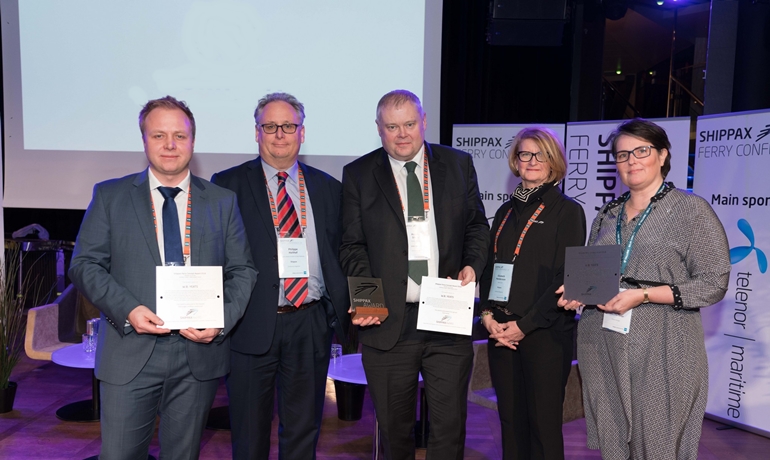 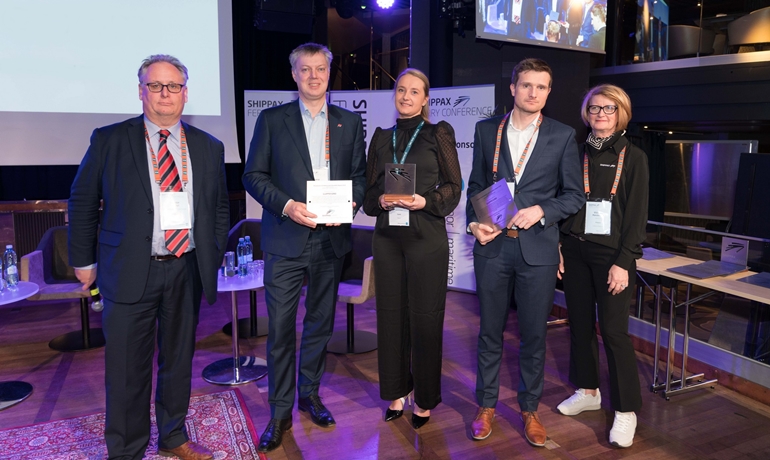 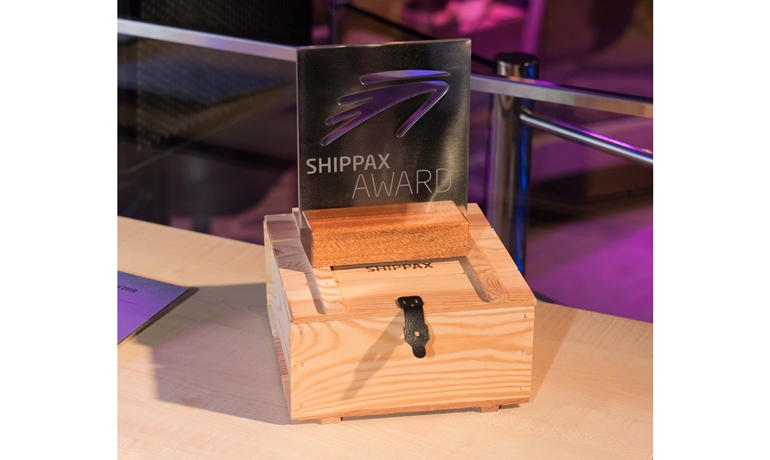