Please find the headlines of the news added to the Shippax website during week 27.

The Shippax editorial team will take a summer break. For this reason, there will be no Newsletter on Friday 12, 19 and 26 July, respectively.

However, should there be any breaking news, we'll do our utmost to post this as soon as possible.

We would like to thank you for your understanding and wish you nice summer holidays! 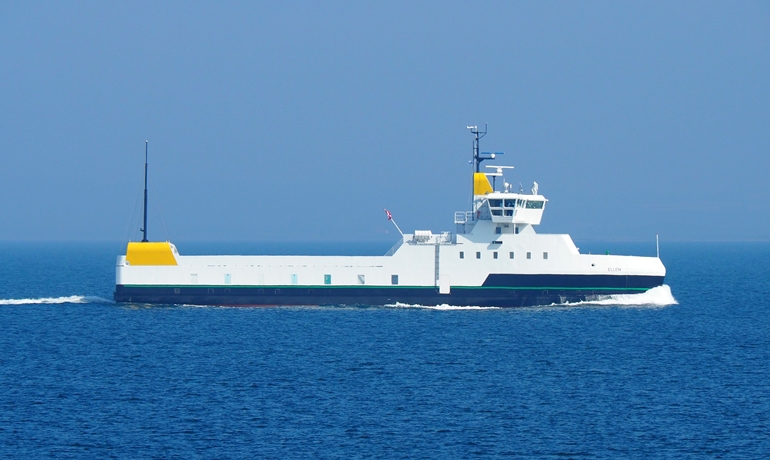 Tallink Grupp: passenger volumes up, passenger vehicles and cargo down during Q2 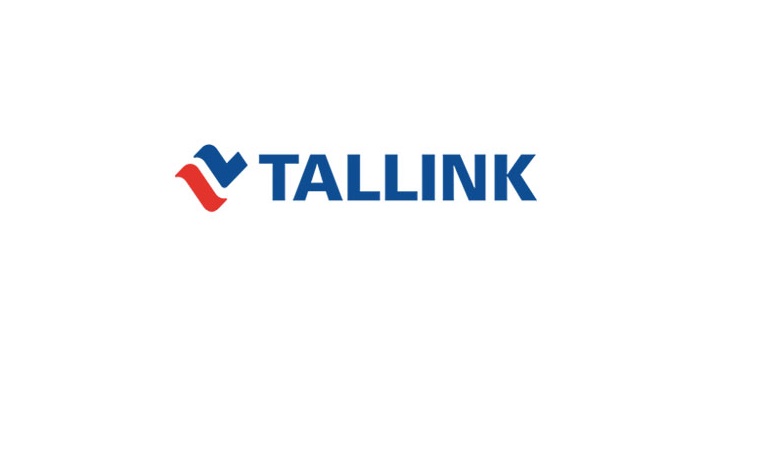 AS Tallink Grupp has released its June 2019 and Q2 passenger and cargo statistics. The good news: the company transported more passengers in June than it has ever done in this month before. In the same month cargo volumes went down by 2.3%, car volumes dropped by 1.6% 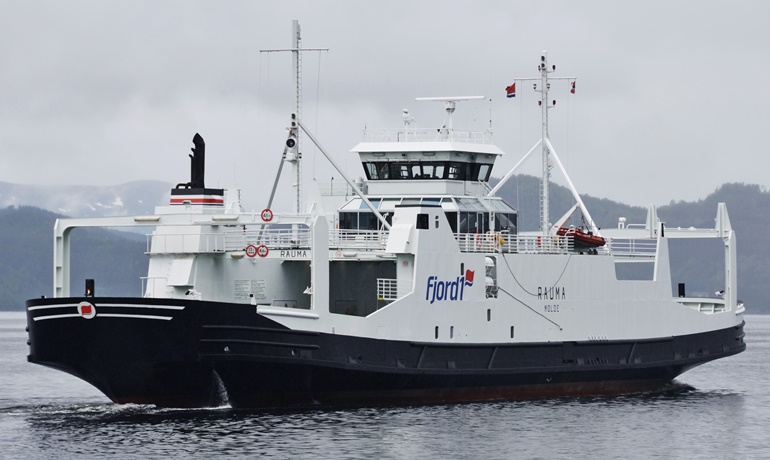 With a NOK 1.23 billion offer, Fjord1 won the concession to run the E39 Halsa-Kanestraum route, the latest major ferry connection awarded by the Norwegian Road Authority. 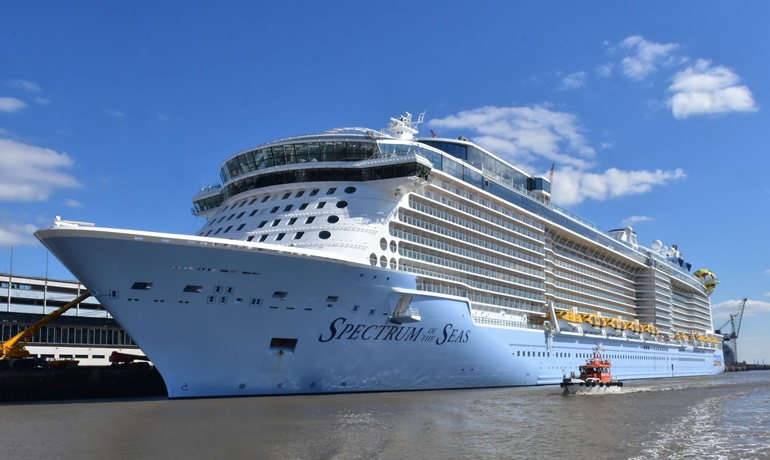 SPECTRUM OF THE SEAS is the latest delivery to Royal Caribbean International and part of the Quantum Class. Icon Class will be larger, but smaller than the Oasis Class© Frank Behling

Royal Caribbean Cruises Ltd. (RCCL) and Meyer Turku shipyard have signed an agreement (subject to financing) for a third Icon Class cruise ship. Delivery will be in the spring of 2025, following ICON OF THE SEAS in 2022 and the second not-yet named unit in 2024. 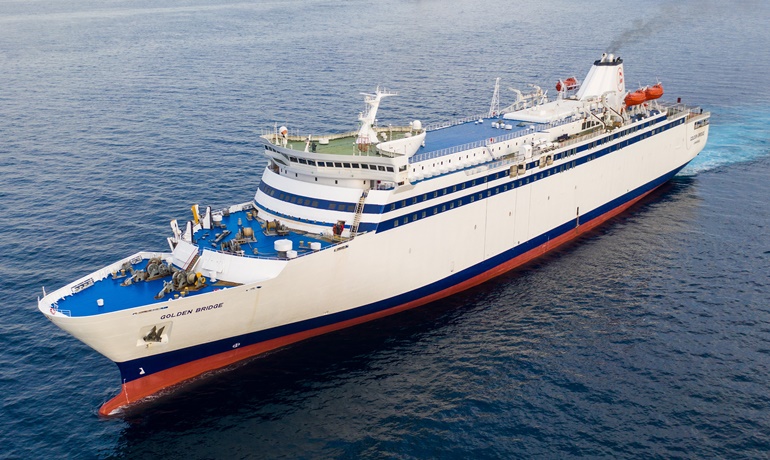 On 1 July, Trasmediterránea’s new ferry, VILLA DE TEROR, set sail from Vigo bound for Motril, where she is scheduled to enter service, sailing for parent company Naviera Armas, to Nador and Al Hoceima from 6 July.

Fred. Olsen Express loses battle over the port of Agaete 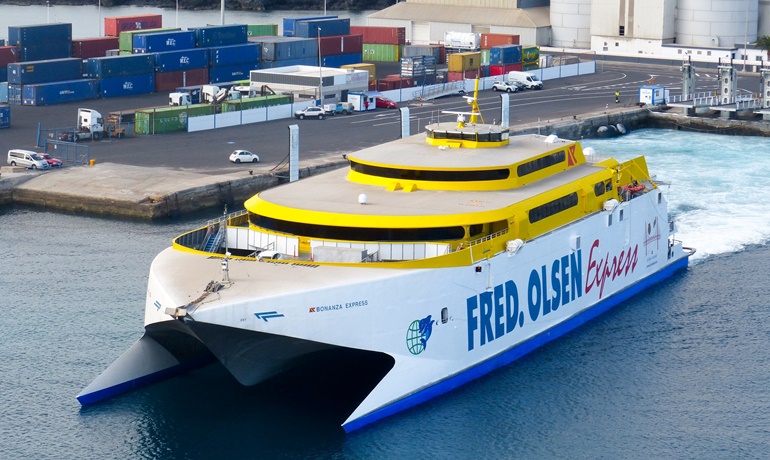 In a ruling last week, the Court of Justice of the EU rejected an appeal presented by Fred. Olsen S.A. over a sentence dictated by the General Courts of the EU in March 2018, whereby the continued exclusive use of the Port of Agaete on the Island of Gran Canary, by Fred. Olsen, constituted a subsidy by the Government of the Canary Islands to said shipping line. 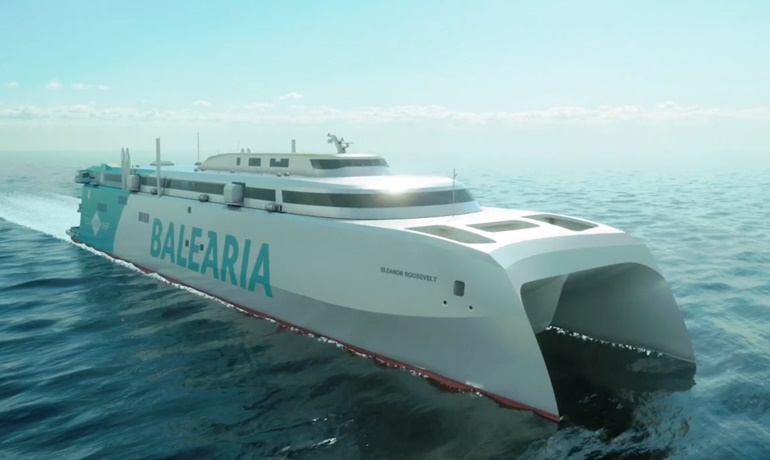 The keel has been laid at the Armon shipyard in Gijon for Baleària’s first LNG-powered ro-pax fast craft. To be named ELEANOR ROOSEVELT, the 125m long and 28m high-speed ferry is due for delivery in spring 2020. 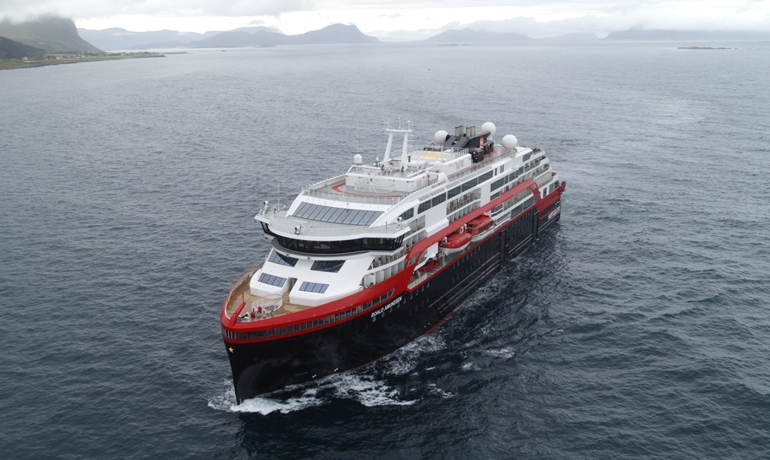 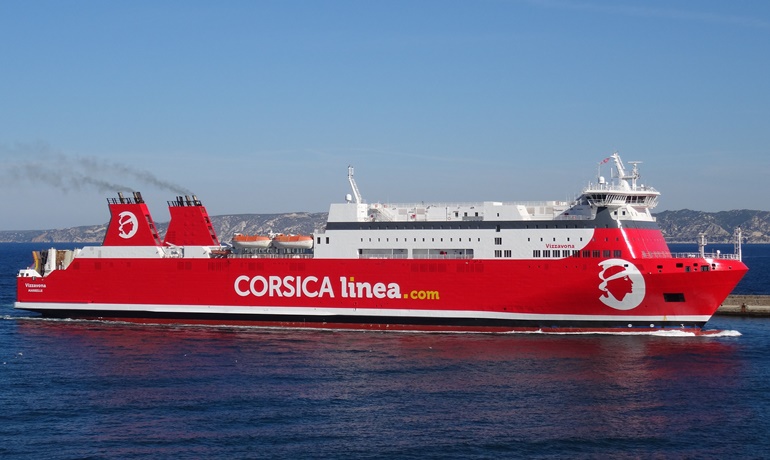 Until at least early 2021, there will be more red-painted than blue-painted ferries calling at Corsican ports © Jean-Pierre Fabre

On 27 June the Corsican Parliament officially approved the upcoming 15-month public ferry service between Marseille and the island, starting on 1 October 2019.

(KO)PERN(IK) saved from the scrapyard 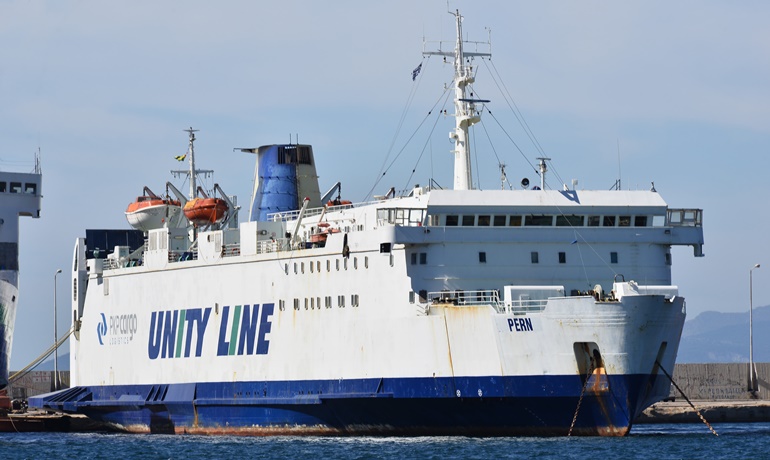 These press release news are published “as is”, i.e. this is how we get it from the senders. If you want to have your relevant news published, please send it to news@shippax.se

Six Months to go to the ‘Global Sulphur Cap’

With six months to go until the implementation of the 'Global Sulphur Cap' the International Chamber of Shipping (ICS) has issued updated guidance to help shipowners comply with new UN International Maritime Organization (IMO) regulations. Taking full effect on 1 January 2020 the legal framework will require merchant ships worldwide to use fuel with a sulphur content of less than 0.50 percent or use alternative mitigation technologies.

As part of the Sea Traffic Management STM Validation project Costa Crociere, part of Carnival Corporation, integrated Costa and Aida ships to exchange information with other actors, utilizing STM supported standardised formats and interfaces. After verifying operations with these initial ships, the rest of the Carnival Corporation fleet has now been added.

Inmarsat is to introduce two new satellite payloads dedicated to the Arctic region in a partnership with Space Norway, and its subsidiary Space Norway HEOSAT.

Corvus Energy is pleased to announce that the company has completed the installation of a 5,5 MWh battery energy storage systems (ESS) for each of the two Ro-Pax cruise ferries CRUISE BARCELONA and CRUISE ROMA owned and operated by Italian Grimaldi Group.

Carnival Cruise Line announced today that Netherlands-based Boskalis, a worldwide leader in marine solutions, will deploy a transport vessel as a first of its kind "floating dry dock" facility to complete the repairs to CARNIVAL VISTA's two azipods, the ship's main propulsion system. The procedure will entail loading the ship onto a semi-submersible heavy transport vessel, Boka Vanguard, and then docking the vessel at the Grand Bahama shipyard for the repair work.

Classification society ClassNK has released its annual report on Port State Control. The report aims to assist ship operators and management companies in maintaining compliant operations by providing information about ships detained by PSC as well as deficiencies that were found on board from many port states in 2018.

A far reaching Memorandum of Intent covering future collaboration has been signed by the organisation orchestrating space programmes for 22 European countries and the coordinators of One Sea, the industry alliance bringing together leading exponents of autonomous ship technology.

Yaskawa Environmental Energy / The Switch has begun the construction of a large drive test center in Lappeenranta, Finland. The new test center will primarily be used for the testing of large drives and product development assistance. It will also enable the serial production of large multi-megawatt-class equipment for wind and marine business units. Construction began on May 5, 2019 and the estimated date of completion is at the end of February 2020.

Seabourn, the ultra-luxury cruise line, is preparing to take travelers into the depths of the ocean for the first time by revealing the design and details for its custom submarines that will operate excursions for an additional charge from the line's two upcoming ultra-luxury purpose-built expedition ships. Both SEABOURN VENTURE and her yet-to-be-named sister ship will sail to the far corners of the Earth carrying two U-Boat Worx Cruise Sub 7 subs designed specifically for Seabourn.

On 30 June 2019, the European Commission published for the first time information on the CO2 emitted by ships over 5000 gross tonnage when performing maritime transport activities related to the European Economic Area (EEA).

Karina Deacon has been appointed new CFO for the DFDS Group starting on 1 January 2020. She replaces Torben Carlsen as CFO following his appointment to President & CEO from 1 May 2019.

The European Investment Bank has signed a EUR 70 million loan with Kvarken Link Oy, a special purpose vehicle jointly owned by the municipalities of Umeå in Sweden and Vaasa in Finland, to acquire a new ferry to transport passengers and vehicles between their two ports. The new ice-class 800 passenger/car ferry (a 150 metre long so-called RoPax) will be built by Rauma Marine Constructions in Finland, with delivery scheduled for 2021, and will operate under the Finnish flag.

Marine cities are the new nexus of power needed for a cleaner future, says SEA20 group

Thursday 27 June, 2019, saw distinguished political and industry kingpins congregate at the Hilton Helsinki Kalastajatorppa in Finland for an afternoon of closed-door talks at what was the first SEA20 High-Level Meeting.
SEA20 is a not-for-profit initiative aimed at bringing together a selected group of representatives from the world’s most influential port cities to plan the future of urban living and the role of shipping within that. Participants at the event included Jan Vapaavuori, Mayor, City of Helsinki; Alexander Stubb, Former Finnish PM and now Vice-President, European Investment Bank; Jaakko Eskola, President and CEO, Wärtsilä; Joshua Berger, Director of Maritime, State of Washington and many more revered guests from China, Europe and the US.

The Damen Gorinchem Holland shipyard has ordered a hybrid-propulsion solution from MAN Energy Solutions in connection with the building of 2 × dual-fuel/hybrid RoRo ferries for Canadian outfit, Seaspan Ferries Corporation. The order covers the provision of MAN 35/44DF dual-fuel engines, fuel gas-supply systems and the main electric systems, including batteries.

Molslinjen put up for sale 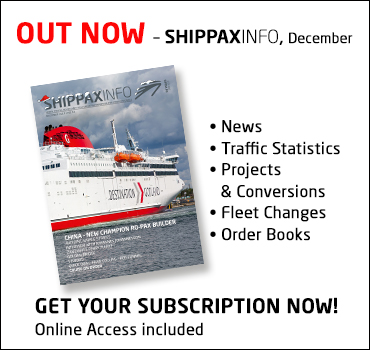 The PORT OF KIEL concludes the last year with goo...